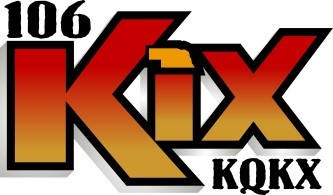 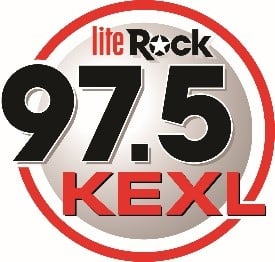 WJAG Inc., has always been committed to serving Norfolk and Northeast Nebraska.  We strive to create and deliver programming on all of our stations that attracts the dominant share of the local audience.  This in turn makes us an attractive resource in marketing business.  We provide on air and digital marketing services, that connects people, and serves our community. We build our business through relationships.  We believe in meeting with our clients and listening first, and speaking last.  Everything we do is based on our passion to help local and area businesses succeed.

WJAG, known originally as the "Voice of the Norfolk Daily News," and will celebrate its 100th year of broadcasting in 2022.  It is the second oldest surviving station from among the first dozen radio outlets licensed in Nebraska by the U.S. Department of Commerce in 1922.  WJAG was the creation of the late Gene Huse, then publisher of the Norfolk Daily News, and today is believed to be the oldest single-family ownership radio operation in the world.

Even today, echoes of the past reverberate in its daily broadcast schedule.  The noon report of the local news does not begin until approximately 12:10pm.  In the early days, this would allow workers to return to their homes for lunch in time to hear the complete news cast.  It also hosts a monthly “Ask a Trooper” program with the Nebraska State Patrol., which had its beginnings in the 1950s.

The station’s initial staff announcer Karl Stefan, was later elected to Congress in 1934, no doubt bolstered by his popularity on the station.  With the deepening of the Great Depression, the station provided affordable access to news and entertainment, which continued through World War Two.      The station’s programming lineup has always been molded by the audience to some degree.  As most Midwest communities know, as agriculture goes, so goes everything.  When the farmer is doing well, everyone does well, so it’s no accident that the programming lineup has always focused on keeping agriculture informed.

WJAG is proudly a member of the National Association of Farm Broadcasters (NAFB), and has always prided itself in following the lead of its founders, to be on the leading edge in the ever-changing media landscape.   In December 1959, a 59-year old Naper, Nebraska woman stood trial in Boyd county for the murder of her son.  Although judicial ethics discouraged it, Judge Lyle Jackson allowed WJAG’s recording apparatus in the courtroom for the trial of Sadie Dickerson.  A jury cleared Dickerson, and an edited version of the proceedings was aired on WJAG in January 1960-a first in Nebraska radio history.

In August of 1971, as Apollo 15 explored the surface of the moon using the first lunar roving vehicle, WJAG-FM, debuted a 24 hour “full service” radio signal at 106.7 FM operating at 100,000 watts from a 500 foot tower located SW of Battle Creek, NE.  This tower was upgraded to 1009 feet in 1988.  This station changed its call letters in 1977 to became KEXL-fm.  The station’s format evolved from easy listening music to adult contemporary by 1986.

In 1995, the station installed a World Wide Web computer server and website, www.norfolkonline.com, which furthered the two station’s brand on yet another new platform.

The station expanded yet again in 2007 with the purchase of a new FM signal licensed to Pierce, NE. at 97.5 FM.  This created an opportunity to further expand the station’s influence and offerings to Northeast Nebraska.  KEXL-FM, and its Adult Contemporary format was moved from 106.7 to the new 97.5 FM frequency.  The 106.7FM frequency was assigned call letters KQKX, and was branded 106Kix—offering a lively Country music format.  This gave the company a News talk format (WJAG), Country (KQKX-106 Kix) and Adult Contemporary formats (97-5 KEXL).  Each format offers a unique demographic of listenership.

2008 brought a key improvement to WJAG.  It’s 780am signal is licensed by the Federal Communications Commission to only operate during daylight hours, operating from 5:15am to 9pm in the month June, to its shortest days in December from 7:15am to 5pm.  On July 1, 2008, WJAG began simulcasting its AM signal on an FM translator heard at 105.9 FM.  The FCC allowed AM daytime stations to continue to broadcast on its FM translator 24 hours a day, after the AM station had signed off for the night.  This gave the station another opportunity to add to its lineup of offerings, including Major League Baseball and the National Football League, by becoming an affiliate of the Kansas City Royals and Kansas City Chiefs.

For decades ag producers have tuned to WJAG as a reliable ag source. Because of its strong 90+ years of commitment to public service, WJAG touts the three ingredients that have guided the station to almost a century of service: Localism, supportive ownership willing to re-invest in local radio, and continuous exposure for the stations in its ownership partner, the Norfolk Daily News.  Today’s media platforms continue to expand, yet, radio listenership stays strong.  Why?  Strong local connections to the communities we serve, a model first used in 1922, and will still apply 2022.

Sorry, there are no recent results for popular images.

Sorry, there are no recent results for popular commented articles.

Which one SHOULDN'T we do a show about?